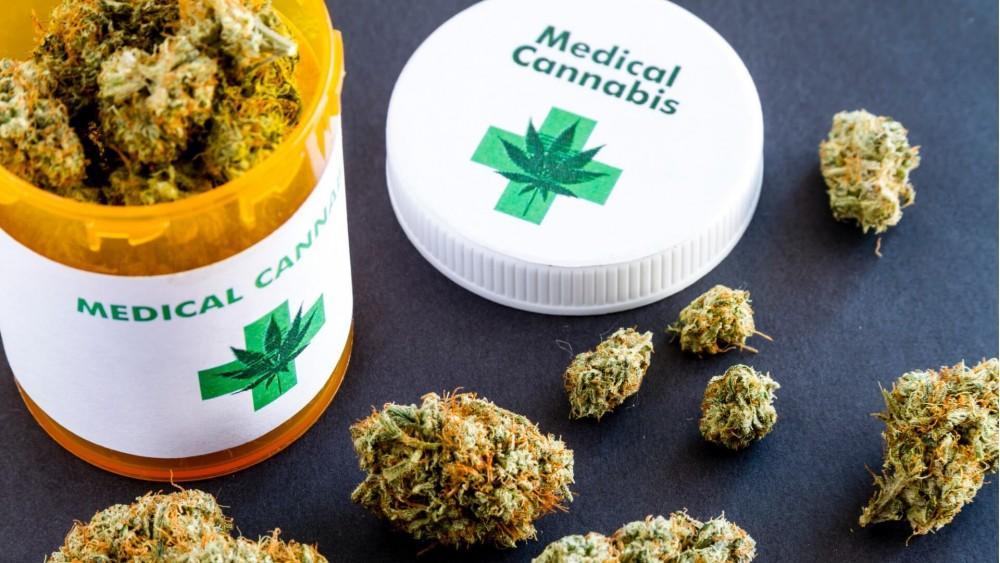 Diabetic peripheral neuropathy is increasing in prevalence, affecting approximately half of patients with diabetes, with roughly 15% being painful 1,2. Control of pain is insufficient in many patients using either of the 2 medications currently approved by the US Food and Drug Administration3.  Although these medicines can help with the pain, they do not change the nerve damage. Therefore, if there is no improvement with a medicine to treat pain, there is no benefit to continuing to take it and another medication may be tried.

Medical cannabis has been documented as an alternative to opioids for neuropathic, chronic and neurogenic pain.4 Cannabis contains over 483 known compounds in the plant and more than 65 active cannabinoids with the primary cannabinoids being Δ9-tetrahydrocannabinol (THC) and cannabidiol.5  Cannabinoids are a class of diverse chemical compounds that act on the cannabinoid receptors in cells.  Some receptors are found in the brain and spinal cord (CB1 receptors), or more specifically, the basal ganglia and limbic system.  Other receptors are found throughout the entire body, particularly within the immune system or immune-derive cells (CB2 receptors).6 CB2 receptors appear to be responsible for the anti-inflammatory and possibly other therapeutic effects of cannabis seen in animal models.7 Cannabinoid receptor activation also produces physiological effects including euphoria, psychosis, impaired memory and cognition, reduced locomotor function and increased appetite as well as antiemetic, pain-relieving, anti-spasticity and sleep-promoting effects.8

New emerging evidence has correlated a benefit of medical cannabis for patients suffering with diabetes.   A milestone study published in the American Journal of Medicine 9in 2013 concluded that cannabis compounds may help control blood sugar, marijuana users are less likely to be obese, and have lower body mass index (BMI) measurements -- despite the fact that they seemed to take in more calories, and pot smokers also had higher levels of "good cholesterol" and smaller waistlines.

In 2014, an editorial10 called upon the National Institutes of Health and Drug Enforcement Administration collaboration to facilitate the development of scientific investigations to provide physicians with data to assist in the "use and prescription of THC in its synthetic or herbal form.” The authors concluded that thousands of subjects, past and current cannabis use was associated with lower levels of fasting insulin, blood glucose, insulin resistance, BMI, and waist circumference.

In 2010, the efficacy of a cannabis based medicinal extract (Sativex -tetrahydrocannabinol [27 mg/ml] and cannabidiol [25 mg/ml]) applied as pump-action spray administered sublingually was assessed in a randomized controlled trial of 30 subjects with painful diabetic peripheral neuropathy11.   The authors concluded that the efficacy of Sativex was no more efficacious than placebo. Moreover, depression was a major confounder and may have important implications for future trials on painful diabetic peripheral neuropathy.

IN 2015, a short-term, placebo-controlled trial12 of inhaled cannabis demonstrated a dose-dependent reduction in diabetic peripheral neuropathy pain in patients with treatment-refractory pain. This evidence to supports further research on the efficacy of the cannabinoids in neuropathic pain.  Vaporization was used as a method for research since it permitted the inhalation of volatilized gases without exposure to hazardous pyrroles and the high concentrations of carbon monoxide than occurs with combustion.  Also, the CBD concentration in the cannabis used in the study was so low, the effects observed were most likely due to THC.  Using the Michigan Neuropathy Screening Instrument, a validated screening tool, the primary analysis compared differences in spontaneous pain over time between doses using linear mixed effects models. There was a significant difference in spontaneous pain scores between doses (P < .001). Specific significant comparisons were placebo versus low, medium, and high doses (P = .031, .04, and <.001, respectively) and high versus low and medium doses (both P < .001). Despite limitations, these findings suggested that THC in cannabis might have analgesic effects in neuropathic pain syndromes, including in patients with treatment-refractory diabetic peripheral neuropathy.

Surprising to most people, the FDA has approved two medications with synthetic THC analogues since the 1990’s:   dronabinol (Marinol, AbbVie) and nabilone (Cesamet, Meda Pharmaceuticals).  These THC drugs are classified as schedule III drugs by the Drug Enforcement Agency while Cannabis (the plant) is classified as schedule I13.  On June 25, 2018, the FDA approved Epidiolex14 (Greenwich Biosciences), a CBD-heavy formula indicated for pediatric epilepsy.  With over 30 states including the District of Columbia having a medical exemption or allowing recreational use of cannabis (consumption of the totality of the plant), physicians are increasingly likely to be asked to prescribe some type of marijuana-based medication.  Dr. Patrick Deheer has called for podiatrists to also achieve parity through the treatment of diabetic peripheral neuropathy using available cannabis-based drugs15.  “Not only will the patients suffering from lower extremity maladies benefit from podiatric physicians being able to provide an evidence-based treatment with medical marijuana but the profession will continue to close the parity gap as well.”

However, I’d advise caution to any physician when it comes to cannabis based prescriptions as studies are still preliminary, although positive, and done with small sample sizes.  These studies and the pursuit of parity should be a call to action by podiatrist to further research into the effects of DPN and lay the needed groundwork for wide spread acceptance.

Three weeks after Chinese officials announced the outbreak of a new virus, more than 400 people have been sickened and 17 have died, leading to questions of just how alarmed the public should be.