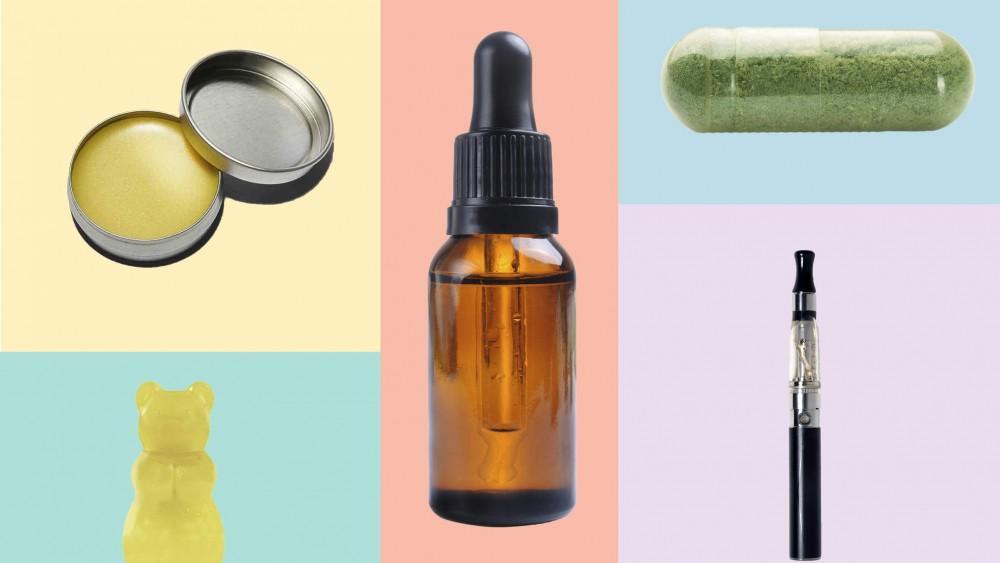 Medical cannabis has been documented as an alternative to opioids for neuropathic, chronic and neurogenic pain.1 Cannabis contains over 483 known compounds in the plant and more than 65 active cannabinoids with the primary cannabinoids being Δ9-tetrahydrocannabinol (THC) and cannabidiol.2  Cannabinoids are a class of diverse chemical compounds that act on the cannabinoid receptors in cells.  Some receptors are found in the brain and spinal cord (CB1receptors), or more specifically, the basal ganglia and limbic system.  Other receptors are found throughout the entire body, particularly within the immune system or immune-derive cells (CB2receptors).3 CB2 receptors appear to be responsible for the anti-inflammatory and possibly other therapeutic effects of cannabis seen in animal models.4 Cannabinoid receptor activation also produces physiological effects including euphoria, psychosis, impaired memory and cognition, reduced locomotor function and increased appetite as well as antiemetic, pain-relieving, anti-spasticity and sleep-promoting effects.5

Cannabidiol (CBD) is a non‐intoxicating major constituent of the Cannabis sativa plant that has been increasing in interest due to its potentially diverse range of therapeutic properties and its favorable safety and tolerability profile6. Side effects are generally mild and infrequent, such as sleepiness, diarrhea or increased temperature. It is also reported that clinically significant drug‐interactions pose a low risk7.There is no evidence for dependency or abuse potential with CBD use, as concluded by the World Health Organization Expert Committee on Drug Dependence6. The purported effects of CBD include analgesic, anti‐inflammatory, antioxidant, anxiolytic, anticonvulsant and cytotoxic effects, which are mediated through signaling mechanisms including the cannabinoid receptor 1 (weak agonist), the cannabinoid receptor 2 (inverse agonist), the serotonin 1a receptor (5‐HT1A), G protein‐coupled receptor 55 (GPR55), G protein‐coupled receptor 18 (GPR18) and the transient receptor potential cation channel subfamily V member 1 (TRPV1) receptors, amongst others8.

Several studies have looked at whether CBD could be a potential regulator or additive to moderate glucose levels for patients with diabetes.Numerous experimental studies have also demonstrated beneficial effects of cannabidiol, which does not interact with classical cannabinoid receptors in vivo, in primary diabetes and various diabetic complications, including retinopathy, cardiomyopathy and neuropathy9. In these studies, the beneficial effects of cannabidiol were largely attributed to its antioxidant, anti‐inflammatory and tissue protective effects9.A recent study also demonstrated that cannabidiol improved mitochondrial function and biogenesis in a myocardial injury model10, which could also contribute to its beneficial properties observed in diabetes and diabetic complications.

CBD is not normally smoked or inhaled.  However, it can be applied topically on the skin or edible as an oil form.  CBD oil is made by extracting CBD from the cannabis plant. It is then diluted with a carrier oil such as coconut or hemp seed. The concentration and uses of CBD oils can vary.  Unlike the psychoactive tetrahydrocannabinol (THC) substance which give cannabis users the “high” feeling, CBD oil contains less than 0.2% THC. Because CBD is not psychoactive, it does not change a user’s state of mind, but it does appear to produce significant changes in the body.

In animal studies, cannabidiol has multiple effects in the context of hyperglycemia, mainly through its anti-inflammatory and antioxidant properties11-15. In animal models of obesity, 4 weeks of treatment with CBD 3 mg/kg produced a 55% increase in HDL-C concentration and reduced total cholesterol by >25%.  In addition, the same dose reduced liver TGs and increased both liver glycogen and adiponectin concentration. There is also evidence from animal studies showing that CBD modulates cardiovascular response to stress11.

A systematic review in the British Journal of Clinical Pharmacology reviewed clinical CBD dosing in populations to treat various ailments17.  They found only 35 studies met inclusion criteria covering 13 medical contexts. Twenty‐three studies reported a significant improvement in primary outcomes (e.g. psychotic symptoms, anxiety, seizures), with doses ranging between <1 and 50 mg/kg/d. Plasma concentrations were not provided in any publication. CBD was reported as well tolerated and epilepsy was the most frequently studied medical condition, with all 11 studies demonstrating positive effects of CBD on reducing seizure frequency or severity (average 15 mg/kg/d within randomized controlled trials). There was no signal of positive activity of CBD in small randomized controlled trials (range n = 6–62) assessing diabetes, Crohn's disease, ocular hypertension, fatty liver disease or chronic pain. However, low doses (average 2.4 mg/kg/d) were used in these studies. They concluded that CBD at low doses did not have a clinical affect or change the primary outcomes in the studies looking at diabetes.

However, new emerging evidence has correlated a benefit of CBD for patients suffering with diabetes.   A milestone study published in the American Journal of Medicine18in 2013 concluded that cannabis compounds may help control blood sugar, cannabis users are less likely to be obese, and have lower body mass index (BMI) measurements -- despite the fact that they seemed to take in more calories, and pot smokers also had higher levels of "good cholesterol" and smaller waistlines.

On June 25, 2018, the FDA approved Epidiolex19 (Greenwich Biosciences), a CBD-heavy formula indicated for pediatric epilepsy.  With over 30 states including the District of Columbia having a medical exemption or allowing recreational use of cannabis (consumption of the totality of the plant), physicians are increasingly likely to be asked to prescribe some type of marijuana-based medication.  However, Epidiolex has a warning label indicating possible liver injury and recommendation for routine monitoring when using this medication.  Liver toxicity is an adverse reaction to various substances. Alcohol, drugs and even some natural supplements can all take their toll on liver function – even in healthy individuals. Studies are showing that CBD might be just as detrimental to the human liver as other chemicals20.

These newer studies pause the sudden fame and attention CBD is getting as a possible treatment and wonder drug.  Although it may have beneficial effects for patients with diabetes, physicians should be cautious and recommend liver monitoring. Long term studies are still needed to determine the best course of action with CBD but there is no doubt of its potential.

Three weeks after Chinese officials announced the outbreak of a new virus, more than 400 people have been sickened and 17 have died, leading to questions of just how alarmed the public should be.